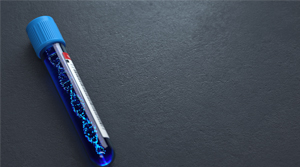 CHICAGO, IL, September 1, 2022 – – After nine years in business, precision medicine company AMPEL BioSolutions is broadening its market from pharmaceutical companies to healthcare providers and their patients.

This summer, the firm had an early-access release of a series of gene expression tests coupled with analysis and clinical decision support, starting with LuGene®, a blood test for systemic lupus erythematosus, and DermaGene®, a skin biopsy test to differentiate between several dermatological conditions including psoriasis, scleroderma, and atopic dermatitis.

In both cases and with other tests in its pipeline, the firm will send samples out for RNA sequencing, then analyze the results and provide clinical decision support to suggest drugs that should work for each patient.

“For a disease like lupus, the rheumatologists definitely want to know what are the drugs that this patient is likely respond to,” said Co-founder, President, and CSO Amrie Grammer.

Grammer said that LuGene® and DermaGene® should have a general release in 2023. The company is also targeting next year for the launch of a wellness test called WellGene® that measures risk for multiple conditions. For 2024 and beyond, AMPEL is working on NephroGene® for kidney disease, CardioGene® for cardiovascular diseases, and NeuroGene® for neurological disorders including Alzheimer’s disease and autism. Over the next five years, the company expects to bring 10 products to market, she added.

“All of the technology does the same thing,” Grammer explained. “It’s a platform technology from a blood or tissue sample, isolating all the RNA, [measuring] the gene expression, [uploading the results] to the cloud.”

Once the data is in the cloud, AMPEL runs its machine learning-based analytics and then produces a report for clinical decision support. Its proprietary algorithms rely on the firm’s curated database of more than 15,000 gene expression profiles that help determine disease status and molecular pathways, as well as predict therapeutic response.

Grammer said that AMPEL does not consider itself a software company. The firm has built a platform to measure RNA expression and then apply machine learning to make predictions and offer clinical decision support.

However, the company outsources its lab services, including test development and CLIA certification, to Irvine, California-based contract research organization ResearchDx, though AMPEL owns all of its technology.

The Charlottesville, Virginia-based firm has also developed a blood-based assay called CovGene® to predict the disease course for COVID-19 patients and potentially identify those at risk of long COVID. AMPEL is actively looking for a company already offering COVID-19 testing to license or codevelop CovGene®. Grammer said the firm has run a validation study on CovGene® and has a paper about the results in press.

Last year, she and colleagues published a paper in the Journal of Allergy and Clinical Immunology describing how bioinformatics, including gene expression analysis, can inform lupus research. A 2020 article in the American Journal of Human Genetics suggested that some of the genetic factors that contribute to SLE can differ between individuals with European and African ancestry, perhaps influencing the pathways that may be most amenable to drug targeting.

Unlike competitors, such as GeneCentric Therapeutics and Qlucore, the company chose to concentrate on more than just cancer. In June, Thermo Fisher Scientific received US Food and Drug Administration clearance for an RNA-based assay for diagnosing lupus, but that test does not include analytics or clinical decision support.

Lupus has been a key focus for AMPEL since day one.

Grammer cofounded AMPEL in 2013 with CEO and Chief Medical Officer Peter Lipsky, a former scientific director of the National Institute of Arthritis and Musculoskeletal and Skin Diseases (NIAMS), one of the US National Institutes of Health. The two were colleagues at the University of Texas Southwestern Medical Center in Dallas going back three decades and later worked together at NIH.

Grammer has a Ph.D. in immunology as well as a master’s degree in pharmacology. She is a board member of Virginia Bio, a state affiliate of the national Biotechnology Innovation Organization. Lipsky is a rheumatologist with experience in infectious, autoimmune, and inflammatory diseases.

Back when they were at NIH, the two cofounders knew that RNA analysis would be necessary to support precision medicine, Grammar said, but computational power had not caught up to their ambitions. Now it has.

“From a business standpoint, the economic opportunity for RNA analytics and machine learning-based precision medicine is much bigger than for a DNA-based genetics company, which the majority of precision medicine companies are,” Grammer said.

Until the announcement of LuGene® and DermaGene®, AMPEL only offered technology to predict which drugs would work for individual diseases, and customers were exclusively pharmaceutical companies. The firm started with lupus because that is a condition Grammer and Lipsky knew well and because it often takes years to get individual patients on the right drug, typically an off-label use.

AMPEL then went back to its customers and designed and set up clinical trials for them, including forging agreements with health systems to collect biospecimens.

According to Grammer, the majority of AMPEL customers going forward will be healthcare providers, including health systems and medical practices. However, the firm will continue to assist pharma research and discovery with services including ranking potential drugs and targets and building preclinical mouse models.

Cedars-Sinai Medical Center is an early test site for the LuGene® technology. Daniel Wallace, associate director of the rheumatology fellowship program at the Los Angeles academic health system, has a roster of about 2,000 lupus patients.

“Lupus is a very complicated disease that is pleomorphic in nature and very difficult to treat,” Wallace said. “Hopefully, the information provided by their platform would enable us to better ascertain what treatment would be appropriate for the patients.”

Wallace has not used AMPEL’s technology yet because LuGene® is still in testing phases, but he said that the company is previewing LuGENE® for his patients.

“This is novel,” Wallace said. “We work with lots of industry sponsors and lots of biotech companies, and this is unique. We’ve never done anything like this before.”

Wallace said that “the time is right” to try technology like this because there are more options than ever before for treating lupus. He noted that the FDA has approved three compounds in the last two years to treat the condition: GlaxoSmithKline’s Benlysta (belimumab), Aurinia Pharmaceuticals’ Lupkynis (voclosporin), and AstraZeneca’s Saphnelo (anifrolumab).

“The question is, which agent would be the most promising to use under which circumstance?” Wallace said. “This [technology] would help inform us.”

Wallace has worked with Grammer and Lipsky for several years, and his practice has contributed various biospecimens to AMPEL. He has given testimonials about the LuGene concept in AMPEL press releases going back to 2020, but he has just gotten access to the technology.

“The goal would be to get complicated patients where the drugs that are available are quite toxic and expensive and see if we can tailor a treatment of personalized medicine,” he said.

If the technology works — which Wallace hopes to determine before the end of the year — he expects that Cedars-Sinai would use LuGene® for the 10 to 15 percent of lupus patients with the most complicated cases.

After three or four years, the firm had enough of a customer base from the pharma industry to support its operations. Now, AMPEL is poised to release its first testing products for providers. The firm will also target payors to cover the tests for their insured populations.

Earlier this year, AMPEL was also admitted to the Coalition for 21st Century Medicine, a group of precision medicine advocates including major genomics and molecular diagnostics firms like Illumina, Foundation Medicine, and Guardant Health.