For some people, COVID is like a bad cold, but research scientist Amrie Grammer says others are at much greater risk. 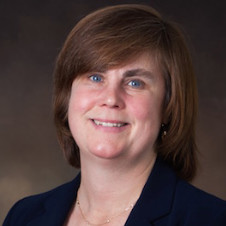 Amrie Grammer is CEO of Ampel Biosolutions, the Charlottesville company that developed CovGENE.

“The reason why individuals emerge with severe disease is because the body’s own immune system doesn’t shut down properly after the virus has cleared, and gives continued inflammation in the lung that can result in damage and unfortunately in the most severe cases death,” she explains.

Now, the Charlottesville company she co-founded – Ampel Biosolutions — has developed a blood test called CovGENE that would show doctors if a patient is at risk for a serious case of COVID.

“One potential outcome, and I am a PhD scientist, so I’ll leave the final decision up to the MDs, is to implement anti-viral therapy,” says Grammer.

Currently, physicians may prescribe medications like Paxlovid in patients who don’t really need it. Grammer says her company is now looking for a partner to manufacture and distribute the test She hopes it will be on the market by year’s end.